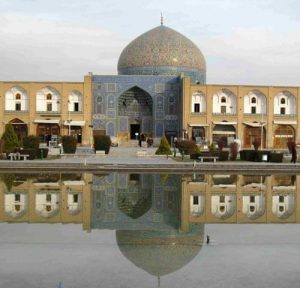 Research has been conducted in many locations. Follow linked titles for project details.

Comparative Cross-National Study of Religious Fundamentalism, Developmental Idealism, Values, and Morality in the Middle East and North Africa
This project consists of cross-nationally comparable nationally representative sample data collected in eight countries in the Middle East, North Africa, and South Asia. These are Egypt, Iraq, Jordan, Lebanon, Pakistan, Saudi Arabia, Tunisia, and Turkey. The surveys in Egypt, Iraq, Lebanon, Pakistan, and Saudi Arabia were carried out in 2011, in Tunisia and Turkey in 2013, and in Jordan in 2016. Altogether, this dataset consists of about 24,000 completed face-to-face interviews, representing 26% of the world’s total Muslim population.

Comparative Panel Survey on the Dynamics of Change: Belief Formation and Political Engagement in Egypt, Tunisia, and Turkey
Comparative historical studies of ideological production and cross-national values surveys have shown associations between changes in social conditions and changes in the dominant sociopolitical discourses and people’s value orientations in the contemporary Middle East and North Africa. It is, however, unclear how changes in these conditions explain changes in discourses and values. To better understand the dynamic of change and advance a mechanismic explanation of change in values and political engagement, this project has launched a panel study in Egypt, Tunisia, and Turkey. This panel study intends to explain (1) changes in sociopolitical and cultural values; (2) examine how variation in participation in such activities as peaceful demonstrations, political protests, and political violence is linked to changes in (a) inter-group relations, (b) identity and framing, (c) attitudes toward the West and liberal values, (d) religious fundamentalism, (e) dysphoric emotions and personal efficacy, and (f) sources of news information (the Internet, satellite TV, mobiles); (3) assess how people’s perceptions of corruption and trustworthiness of public officials are linked to political action and conflict; and (4) evaluate the implications of this study for peace and security.

Comparative Study of Ideological Production in the Islamic World
This project addresses the determinants of ideological production, focusing on three major cultural movements in the Islamic world: Islamic modernism in India, Egypt, and Iran between the second half of the nineteenth century and the early twentieth; liberal nationalism in Egypt, and Constitutionalism and anti-clerical secularism in Iran, and Arabism and Arab nationalism in Syria in the first half of the twentieth century; and Islamic fundamentalism in Algeria, Egypt, Iran, Jordan, and Syria in the second half of the twentieth century. These diverse cultural episodes are analyzed in terms of the nature of the intellectual environment and the role of the state in this environment within the broader context of social transformation and systematic cultural encounter between the West and the Islamic world that started in the early nineteenth century.

Comparative Values Surveys of Islamic Countries
Although the focus here is on the people and culture of the Middle Eastern publics, given that an overwhelming majority of these publics are Muslims, for scholars interested in comparative study of Muslim majority countries, we have produced a dataset on values and beliefs in Islamic countries and the United States. The data set from the U.S. is added for those interested in understanding the convergence and divergence of values between the American public and people from Muslim majority countries.

Religious Fundamentalism, Attitudes toward Political Violence, and Developmental Idealism among Youth in Egypt and Saudi Arabia – 2005
This project focuses on the values and sociopolitical and cultural attitudes of young Egyptians and Saudis. The survey instrument includes constructs in four general areas of values: (1) the sources of epistemic authorities that the youths rely in forming opinion about various social and cultural issues and deciding their career; (2) the extent to which the youth are aware of developmental ideas; (3) the youths’ orientations toward such issues as relationship between religion and politics, form of government, Western culture, and social status of women; and (4) the youths’ religiosity and attitudes toward religion.