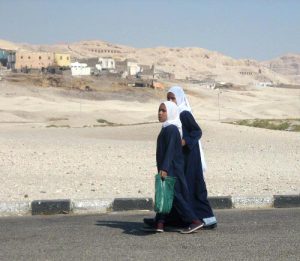 The objective of Middle Eastern Values Studies (MEVS) is to advance the social-scientific understanding of the causes and consequences of the values and the belief systems of the people of the Middle East. The data that is available on mevs.org expands the scientific infrastructure that makes this understanding possible. It will provide a basis for advancing a body of empirically verifiable knowledge about people’s beliefs, their long-term concerns, and trend in values, sharpening the skills at secular reasoning to address and resolve the mundane issues of social life.

MEVS as a systematic comparative study of values of the Middle Eastern publics started as a collaborative project between Mansoor Moaddel, currently at the University of Maryland, but then at Eastern Michigan University, and Ronald Inglehart of the University of Michigan, in 1999. This collaboration was a convergence of two different research programs the two investigators were conducting. Inglehart had been leading the World Values Survey (WVS) program for more than two decades. The WVS was designed to provide a comprehensive measure of all major areas of human concern, from religion to politics to economic and social life. Inglehart’s interest has been to inspect, analyze, and explain the pattern and process of values change in different countries and to delineate the world’s diverse cultural zones. He has identified two key dimensions of values structures underpinning cross-national variations in values: (1) a polarization between traditional and secular-rational values and (2) a polarization between survival and self-expression values. The first reflects the contrast between societies in which religion is very important and those in which it is not. The second dimension of cross-cultural variation is linked with the transition from industrial society to post-industrial societies, which brings a polarization between survival and self-expression values.

The Muslim representation in the WVS, however, was limited. Of the sixty-six countries that were covered by the World Values Survey before 2000, only five were Muslim-majority countries. These were Albania (1998), Bangladesh (1996), Pakistan (1997), and Turkey (1990, 1996). Nigeria (1990, 1995), which is about fifty percent Muslim, was also included in these surveys. Without adequate representation of the publics from Muslim-majority countries, it may not be possible to have the knowledge of a full range of cross-national variations in values. Inglehart and the World Values Survey Association were naturally interested in filling this gap and assessing the points of convergence and divergence of the value structures of the Islamic publics with the Western as well as the rest of the world.

Moaddel has been involved in a comparative project on diverse ideological movements that emerged in the Islamic world in the nineteenth and twentieth centuries. This project grew out of his work on religious movements in Iran in the modern period, his analysis of the Iranian revolution of 1979, and his efforts to incorporate the role of ideology in the causes and processes of revolution. Moaddel’s analysis of this revolution rested on one simple premise: a distinction between revolution as a content and revolution as a distinctive mode of historical action. This means that the revolutionary phenomenon is more than such objective changes in social conditions as rapid breakdown of the administrative and military organizations of the state, the construction of a new political order, and replacement of one set of power holders by another. In addition to its content, the revolutionary phenomenon is a particular mode of historical action that is shaped by a revolutionary ideology. He argues that the dominant ideology of the Iranian revolution—the revolutionary Shia fundamentalist discourse—was not an inevitable reflection of social structure. Rather, it was produced by Muslim intellectual leaders in opposition to the secular ideology of the Shah’s authoritarian regime and was shaped by Iran’s socioeconomic, cultural, and political context in the 1960s and 1970s.

To more fully explain the process of ideological production, it was, however, necessary to go beyond a single-country study and explore the connection between cross-national and historical variation in ideologies and variation in social conditions. Moaddel launched a comparative historical project in order to explain this process by analyzing the origins of Islamic modernism in Egypt, India, and Iran between the second half of the nineteenth century and early twentieth; liberal nationalism in Egypt, anti-clerical secularism and constitutionalism in Iran, and Arabism and pan-Arab nationalism in Syria in the first half of the twentieth century; and Islamic fundamentalism in Algeria, Egypt, Iran, Jordan, and Syria mainly in the second half of the twentieth century. His analysis focused on the discourses of intellectual leaders in these countries and the specification of the parameters of the social context that prompted them to say what they said when they said it.

Moaddel’s comparative study of mass-level belief systems in the Middle East was a continuation of this project in that he was interested in assessing the degree to which the causal dynamics at work in shaping the expressions and orientations of ideological producers are also useful in explaining cross-national variations and trends in values of the Middle Eastern peoples. After all, the issues in relation to which intellectual leaders formulated their discourses were also the concerns of the ordinary publics at large.

One of the advantages of having conducted the comparative historical work was that it provided the deeper context necessary to better understand and interpret findings from values surveys. The knowledge of the role of historical specificities, variations in social institutions, and changes in class relations in explaining the origins of diverse discourses was certainly useful in designing a values-survey questionnaire that taps into the distinctive experience of the Middle Eastern publics. At the same time, this background made Moaddel better prepared to recognize and address such issues in comparative values surveys as the cultural embeddedness of the social-scientific concepts used in Western social sciences, the intercultural transferability of scientific taxonomy, data quality and the problem of preference falsification, and reconciliation of contradictory findings.